The letter is R

I am using this challenge to learn more about art and the artists who painted them.

Renoir didn’t come from money, his mom made clothes for a living and his dad was a tailor. He was the sixth child born on February 25, 1841, in Limoges, France. When he was between 3 to 5 years old the family move to Paris and they lived near the Louvre. He also took free drawing classes at a city-sponsored art school, which was run by sculptor Louis-Denis Caillouette.

As a means of studying painting at 19 years old he started copying some of the great works hanging at the Louvre. This was a method used by upcoming artists. Other schooling included the Ecole des Beaux-Arts, a famous art school, in 1862. And being a student of classmates were Frédéric Bazille, Claude Monet, and Alfred Sisley. And through Monet, he met such emerging talents as Camille Pissarro and Paul Cézanne. So it seems the niche that was to change the course of art started here. In my reading it feels like Monet and Renoir were true buddies, they hung out at the same places  Moulin), they painted each other and each others families.

Renoir, Pissarro, Monet, Cézanne and Edgar Degas, decided to show their works on their own in Paris in 1874, which became known as the first Impressionist exhibition. In my post on Monet it was said the term impressionism came from a paint with that name. On reading on Renoir it is said the term came from a critics review of their exhibition which referred to the works as incomplete, an impression. Renoir first battled with rheumatism (arthritis), in the mid-1890s. This hampered his work for the rest of his life. His fingers were permanently curled it said in the reading.He too turned to sculpture when he had difficulty painting due to arthritis.

Renoir was known all over the world. He lived long enough to see one of his works bought by the Louvre in 1919, a tremendous honor for any artist. Renoir died that December at his home in Cagnes-sur-Mer, France. He was buried next to his wife, Aline (who died in 1915), in her hometown of Essoyes, France. He left behind over 200 works of art. 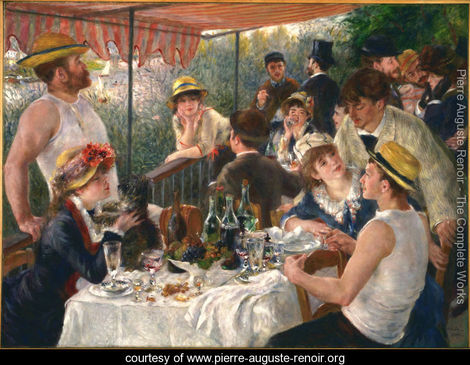 Luncheon Of The Boating Party

Camille Monet And Her Son Jean In The Garden At Argenteuil 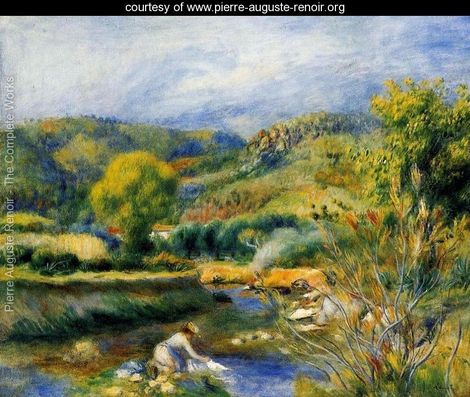 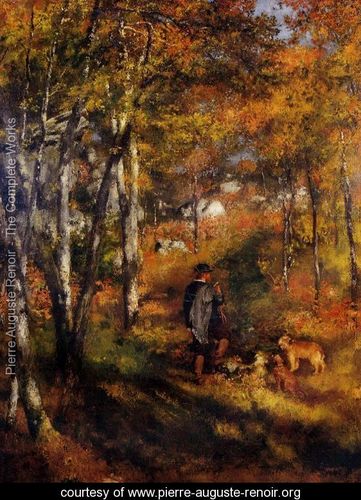 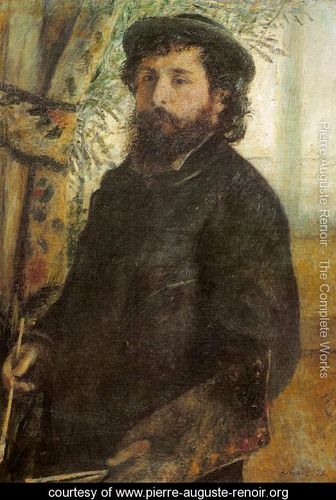 Skaters In The Bois De Boulogne