A to Z Challenge 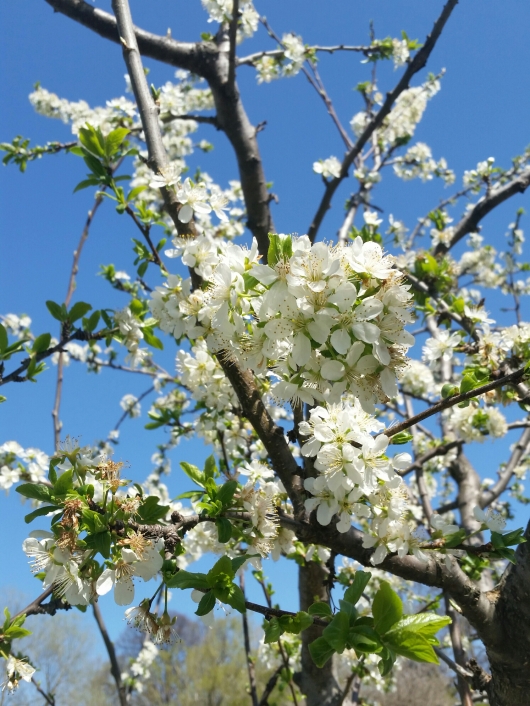 photographers on the hunt
bumble bee hides in blossoms

For NaPoWriMo
#A to Z Challenge 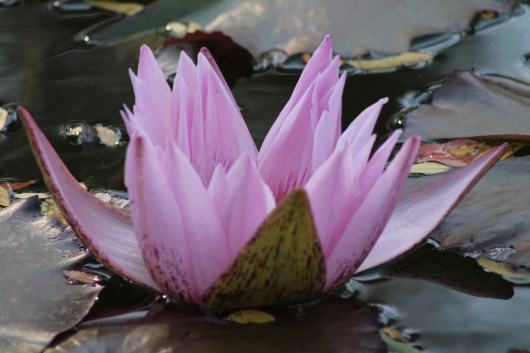 For A to Z Challenge. Today’s letter is I 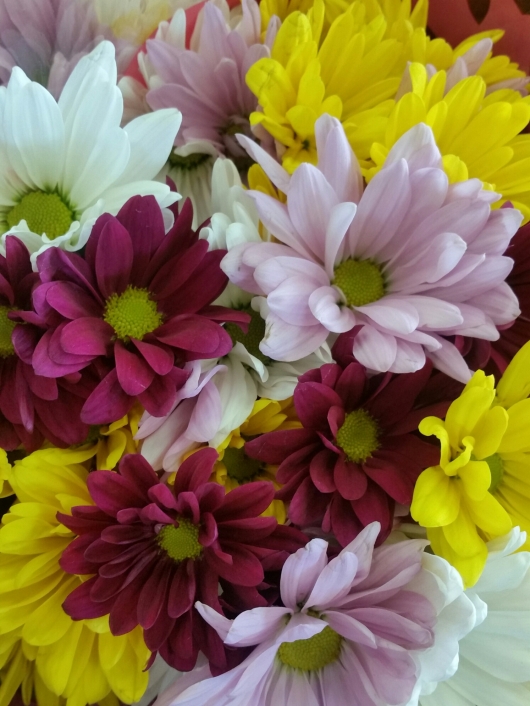 For #A to Z where today’s letter is G

Today is the letter X in the A to Z Challenge 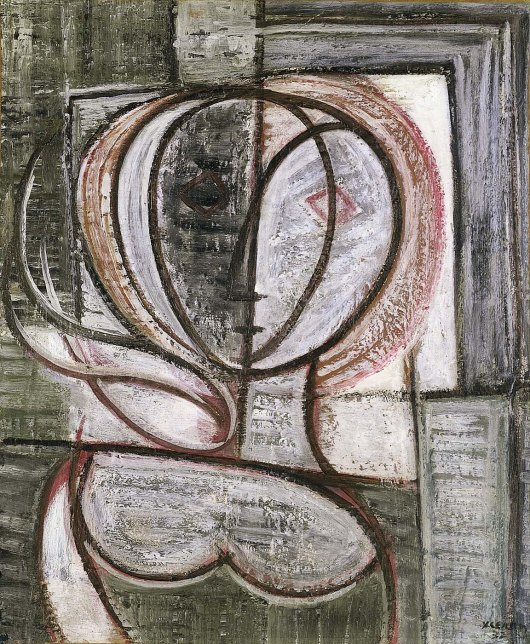 (I see Picasso looking back at me with this one)

peering back from safe distance

Jean Xceron (1890–1967) was an American abstract painter of Greek origin. He immigrated to the United States in 1904 and studied at the Corcoran School of Art. . For the next six years he lived and worked with relatives in Pittsburgh, Indianapolis, and New York City . He first encountered modernism when, in 1916, two fellow students arranged an exhibition of avant-garde paintings borrowed from Alfred Stieglitz.  He exhibited in the New York Independents’ exhibitions in 1921 and 1922. In New York, Xceron studied Céanne and read as much as possible about new artistic movements abroad.

Xceron was finally able to travel to Paris in 1927. There he began writing reviews of the latest in art for the Boston Evening Transcript and the Paris edition of the Chicago Tribune. His articles on Jean Hélion, Hans Arp, John Graham, Theo Van Doesburg, and other artists showed his increasingly sophisticated understanding of recent art. About the same time, his own painting underwent a dramatic transition.

As a writer, he was quickly accepted into the Parisian art world as one of the few critics sympathetic to modern art; but few realized that Xceron was an accomplished painter as well. Boy, was he living a double life.  Soon word of his talent came out and a solo exhibition at the Galèrie de France in 1931.

His style was that of an artist who was working his way through Cubism,  Still-life and,figural motifs over the years he moved away from his figural foundations, introducing at first gridlike structural patterns and, by the mid 1930s, planar arrangements of severe Constructivist purity. I have to say, I don’t know what any of that means. But some of you might so I left it in. 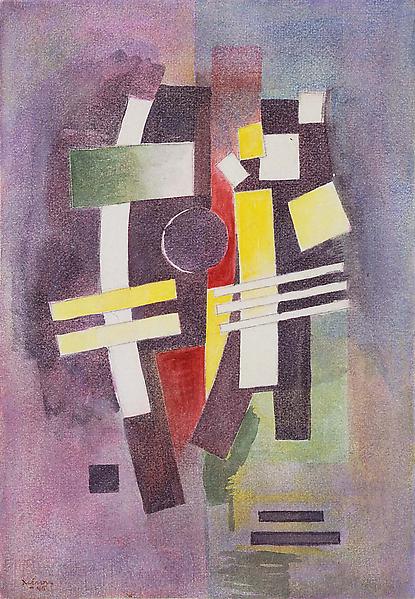 When Xceron returned to New York in 1935 for an exhibition at the Garland Gallery, he was among the inner circle of Abstraction-Création and other leading Parisian art groups. Moreover, he had achieved some reputation. He again visited New York in 1937 for a show at Nierendorf Gallery. Although planning only a visit, his move proved permanent. Xceron soon joined the American Abstract Artists, who welcomed him as a leading Parisian artist. Despite his reputation, however, he fared little better commercially than did his new colleagues. He was hired by the WPA Federal Art Project and executed an abstract mural for the chapel at Riker’s Island Penitentiary.

Clearly his art didn’t really provide a consistent means of support. He worked at the Guggenheim Museum as a security guard for 28 years from 1939 to his death. He is described as a “pioneer of non-objective painting” by the Smithsonian Archives of American Art.  His works are in the collection of the Smithsonian American Art Museum.

Today is the letter U in the A to Z Challenge 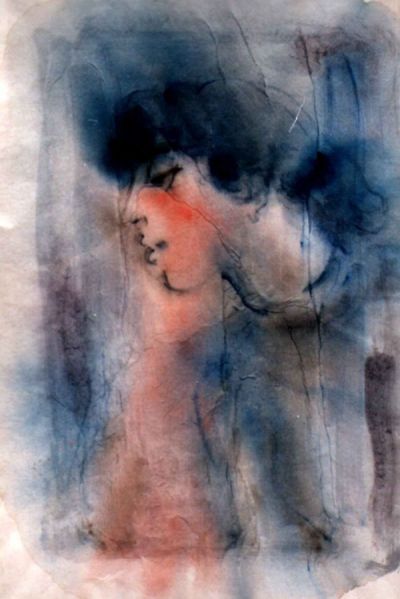 Dechko Uzunov, Bulgarian artist born in 1899  was a professor, an academic, Rector of the Academy of Fine Arts, Director of the National Art Gallery, Chairman of the Union of Bulgarian Artists, an honorary member of multiple foreign academies, and the holder of a multitude of highly-respected national and international awards.

Dechko Uzunov was born at the very end of the 19th century. His road in art was very long and happy. He studied at the graduated from the Bulgarian Art Academy (1919–22) and the Munich Academy(1922–24). He became a Professor when he was only thirty seven. He held one-man exhibitions in Bulgaria and abroad. In 1976 Uzunov was appointed Chairman of the International Association of Art with UNESCO. He was an honorary member of the Mexican and the Russian Art Academies. In 1999, thirteen years after his death, Dechko Uzunov was announced a World Personality of the Year by UNESCO on occasion of his 100th birth anniversary. Over 120 exhibitions with some of his most popular works were organized after the establishment of the Dechko Uzunov Gallery and Museum in Bulgaria and abroad. One of the last exhibitions was held in May, 2014 at the European Commission Representation in Sofia.

Dechko Uzunov was a well respected and highly regarded artist. There was not an extensive amount of information available on his on the internet. Not much on his early life. 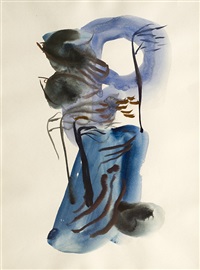 Opening of Exhibition by Dechko Uzunov On display until 20th November

We are up to the letter O

I am taking the opportunity in this challenge to learn more about artists, their lives and work.

Out Back of Marie’s

Georgia O’Keeffe was born in Wisconsin, the second of seven children. As a child she received art lessons at home. Her abilities were recognized and encouraged by teachers throughout her school years. By the time she graduated from high school in 1905, O’Keeffe had determined to make her way as an artist. She studied at the Art Institute of Chicago (1905–1906) and the Art Students League in New York (1907–1908), where she learned the techniques of traditional realist painting.

She first came to the attention of the New York art community in 1916. She is best known for her paintings of enlarged flowers, New York skyscrapers, and New Mexico landscapes. She’s thought of as the creator of American Modernism. Well, I read the definition of moderism and I don’t get it. Sounds political, pursuit of happiness leanings but I’m not getting what that has to do with a style of art. If you do, please share. Anyway, her art is modern. And modern is what exists out side of the norm, that’s my definition. Maybe that is the long and the short of it.

Alfred Stieglitz arranged a show of O’keeffe’s work in his gallery in New York. He was the gallery (Little Galleries of the Photo-Secession) owner and a pioneer of artistic photography and his efforts gained critical recognition. So much so that he showed avante-garde european artists including Henri Matisse, Auguste Rodin, Henri Rousseau, Paul Cézanne, Pablo Picasso, Constantin Brâncuși, Francis Picabia and Marcel Duchamp.

O’Keeffe’s work was exhibited by Stieglitz. They got close, they had an affair (he was married), got a divorce, they married and continued with their separate lives. After a while she started spending every summer in Mexico.

Soon after 1918, O’Keeffe began working primarily in oil, a shift away from having worked primarily in watercolor in the earlier 1910s. By the mid-1920s, O’Keeffe began making large-scale paintings of natural forms at close range, as if seen through a magnifying lens. In 1924 she painted her first large-scale flower painting. Her pieces are so striking, light and airy. This is the feeling I get when I look at her work. Refreshing, yeah, I feel refreshed.

After Stieglitz’s death in 1946 and her move to New Mexico in 1949. At the age of seventy-three she embarked on a new series focused on the clouds in the sky and the rivers. At seventy-three! Amazing.

Suffering from macular degeneration and discouraged by her failing eye sight, O’Keeffe painted her last unassisted oil painting, The Beyond, in 1972. She did continue to produce art with the help of assistants. Sounds like she was encouraged by an assistant to work with clay since her sight was getting poorer. An artist is an artist no matter the medium, right.

We are up to the letter N

N is for Navarrete

called El Mudo, because he was deaf and did not speak as a result

Let the work do the talking

Patrons were in sync

Juan Fernandez de Navarrete was born in the beautiful town of Navarre, Spain near the mountain range of the Pyrenees. He was called El Mudo (the mute) since childhood. He lost his hearing at the age of three and never learned to talk. Juan’s amazing drawings skills became evident when he began communicating his needs by drawing them out with charcoal on paper. The young artist never allowed his disabilities to hamper his dreams or ambitions and allowed his art to become his voice. Way to communicate! And in the process he left a masterful legacy.

He went to Italy to be absorbed by the culture and the art scene.  I guess at the time Italy was where everyone went, France was not yet the rock star it later became when it came to art. Navarrete spent several years studying under Italian Master Titian in Venice.  In 1568 he became the official court painter to monarch Philip II of Spain. Education – received basic instruction from Fray Vicente de Santo Domingo, studied under Titian in Venice, Italy  Stylistically influenced by the following painters – Titian and Andrea del Sarto.

The paintings of Navarrete are rare. He was prolific but several were burned, lost or simply painted over by lesser artists. Navarrete major art-works were Nativity, Abraham and the Three Angels, and Baptism of Christ, 1568, now at the Museo  del  Prado in Madrid, Spain. He became known as the Spanish Titian and died in Toledo, Spain from Tubercolosis.

I have never heard of Juan Fernendez de Navarrete but he is an inspiration. Accomplishing what he did during the period he lived was amazing.